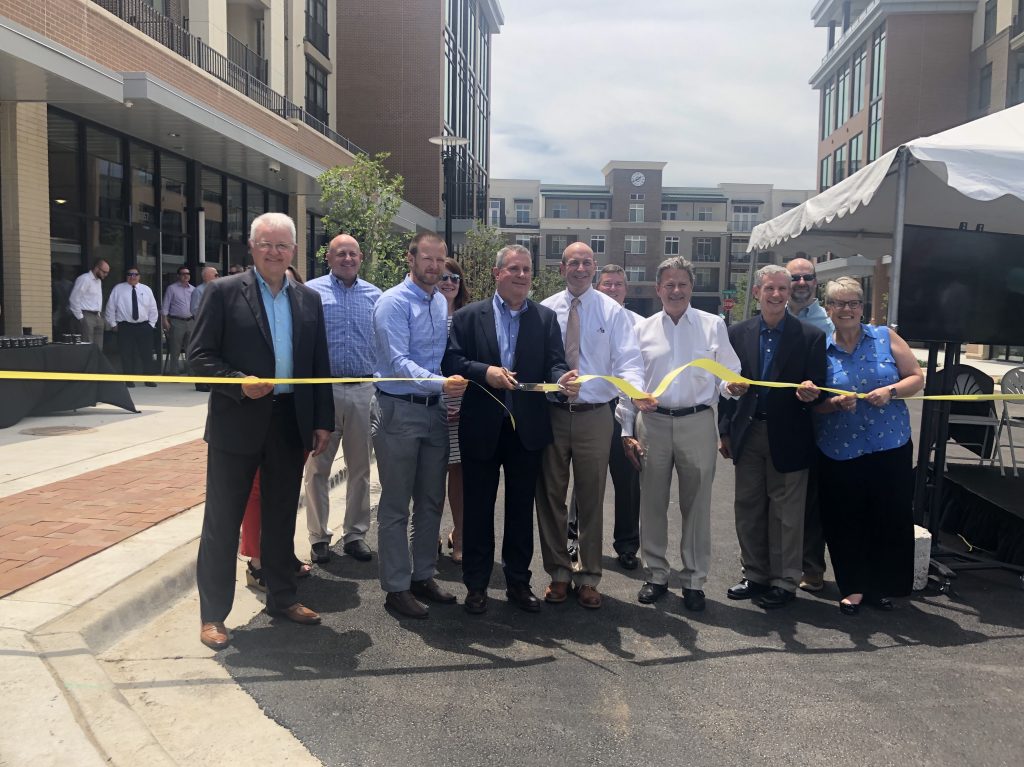 (Lenexa, Kansas) Placemaking was the theme at Thursday’s grand opening of The District at City Center Lenexa, which featured an official ribbon-cutting and remarks from area officials.

“This is the next generation of suburban mixed use,” Copaken said. “There’s not another development in Kansas City that combines all these pieces of the puzzle together, and that, in large part, is due to the city. I can’t think of another project that has put all this in one place—let alone done it as successfully as Lenexa has.”

Boehm shared the genesis of City Center Lenexa, which was established with citizen support as part of Lenexa’s Vision 2020 planning document in 1997.

“This concept goes back to 1997 when the governing body accepted our Vision 2020 planning document…to create a new downtown in the central part of the city,” Boehm said. “I applaud Copaken Brooks, EPC, and Woodbury Group for buying into that vision and investing in the vision to provide a truly unique project. I’m excited to get this phase officially opened.”

The District at City Center Lenexa is an urban-suburban destination where retail, corporate, residential, civic and recreational interests come together to create an experience unlike any other. When fully developed, it will consist of more than 2 million  square feet, including civic components for the City of Lenexa, nearly 1 million square feet of office and retail, and 375 residential units.

Located in the heart of Lenexa, The District Offic