Martin City’s new space encompasses more than 6,000 square feet and features an outdoor patio. The brewery/restaurant has three preexisting locations in Martin City, Lee’s Summit and Mission Farms. Located in the Hampton building of City Center, the Lenexa location is estimated to open in late spring or early summer.

“Our new space in Lenexa City Center is the perfect choice to house our expanding operations — and to continue serving up the big and bold brews we’re known for,” said Matt Moore, CEO of Martin City Brewing Company. “In addition to our other locations throughout the city, customers can now enjoy unmatched food and drinks from our patio in the heart of Lenexa’s new downtown.”

Erin Johnston, Vice President of Retail Leasing at Copaken Brooks, represented The District in the deal.

“We couldn’t ask for a better addition to Lenexa City Center than Martin City,” Johnston said. “Including such a well-loved brewery and restaurant in our offerings will be great momentum as we continue to build out the property and Lenexa’s vibrant downtown.”

As a mixed-use development, Lenexa City Center offers walkable amenities to its tenants that include a co-working space, the Public Market and the Lenexa Public Library. 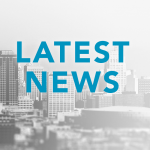