How KC’s public transportation is changing (and improving) development

How KC’s public transportation is changing (and improving) development

Nothing rallies a diverse citizenry together like a common villain. We still complain about traffic in Kansas City, of course, but the truth is we have it pretty good—ranking among the least congested U.S. cities. Yet, easy driving doesn’t mean much if you can’t afford a car: For many people, navigating around the metro to work, to the store, to anything is challenging at best.

I’m thankful to see the city moving toward better public transportation. Our streetcar line has blown expectations out of the water, Mayor Lucas is working toward free city bus travel, and bike and pedestrian traffic is getting more attention than ever before.

The benefits of this new prioritization go beyond the obvious, and it’ll have some interesting (and positive) impacts on development and the future of this city. It’s forcing all of us to ask the question: How can we create a city focused on people, instead of cars?

Build it and they will come

It’s not a coincidence this new emphasis on public transportation is happening during the recent rise in mixed-use development. Especially here in the urban core, mixed-use is a powerful development trend that actually reinforces the value of alternate transportation options. Hal Harvey, CEO of a San Francisco-based energy and environmental policy think tank, elaborates in Forbes:

“If cities are attentive to non-car alternatives, they prosper in a remarkable way: Incorporating public transit systems, bike and walking paths, and mixed-use zoning into neighborhoods helps keep people ‘connected’ and does quite a bit of good for local economic vitality.”

We’ve all witnessed this firsthand with the development surrounding the new streetcar starter route in the recently formed “transportation development district.” Since the 2.2-mile line opened in 2016, we’ve seen more than $1 billion in new development in that district, which includes many residential projects.

With a host of new mixed-use properties in the works downtown and in the Crossroads, it’s clear this is working. Harvey elaborates:

“Mixed-use neighborhoods are more complex by nature—and thus harder to plan and develop. But when done well, they are lively, interesting places rewarding those who walk or ride a bike.”

On top of the new projects, the streetcar has “served as a catalyst for the rebirth of downtown Kansas City, Missouri, setting 50-year records in residential, retail and commercial investment, now totaling more than $2 billion,” according to Metro Magazine. And just in the first year of its operation, the streetcar helped fuel rising revenue in the TDD: up 54 percent, as compared with just 16 percent across the city. If all goes as planned, the extended line south to UMKC and north to the Missouri River will allow the streetcar to be even more valuable as a means for local employees to get to work.

Elevating all of us

No doubt that all of this is good news for developers like us. After all, it’s been proven time and again from around the globe that developments close to public transportation options, parks, bike paths and other retail amenities mean much higher price premiums—and even more for commercial properties.

But it’s also better for our city’s residents – all of our residents – which gets me back to my first point. We need to look closely at how people get around this city (or don’t) and what we as developers can do to assist. The EPA writes in its recent “Smart Growth and Transportation” report:

“When homes, offices, stores, and civic buildings are near transit stations and close to each other, it is convenient to walk, bicycle, or take transit. This expanded transportation … reduces transportation costs and gives more freedom and mobility to low-income individuals, senior citizens, disabled persons, and others who cannot or choose not to drive or own a car.”

Designing for the people

I think the main lesson we’re learning from all of this is that a better public transportation system is a win-win situation—for developers, investors, business owners, the local economy and, most important, the residents who call Kansas City home.

As developers, we have a responsibility of thinking through how our projects can best serve all people and how they get around the region. Maybe that means creating new office space steps away from a streetcar stop (like the new second phase of Corrigan Station), adding designated Uber/Lyft pickup spots at residential projects (something we’re planning for REVERB), or doing our best to invest in projects that allow employees to easily reach other amenities.

One of those small steps have come in the form of the now-ubiquitous electric scooters, which go beyond just a novelty, said Eric Vaughan, bike share director for BikeWalkKC. He sees them as another affordable alternative for urban travel, as he told KCUR:

We’re closely watching other cities around the country that are pursuing many of these strategies, as well as adding new bike trails, planting trees to create shaded sidewalks, and investing more in mass transit. As Harvey points out, “These core decisions about cities are not just about decoration, or mobility: They get to the heart of livability—and that’s the whole point.”

I’m encouraged that Kansas City is even at the point to be discussing these kinds of positive future steps. And maybe someday, our complaints about traffic will seem like just a quaint reminder of a distant past.

We’re on the hunt for a financial analyst to und

The firm was founded in 1922, the same year entert

As partners of @AdventHealthKC, we want to thank o

Happy holidays from all of us at Copaken Brooks! W 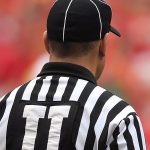 Look for a referee to resolve condo tenant disputes 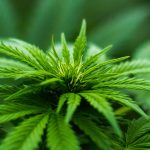