Many of us remember a time when a great new job was measured primarily by the paycheck and the size of the office. How times have changed. And nothing illustrates that better than the favor of mixed-use developments.

As the workforce demographic has evolved, so have the amenities that attract top talent. Smart companies know that creating an appealing environment for the best candidates means access to food options, walking distance to shopping and retail choices, and close proximity to housing.

Millennials are a big part (but not the only part) of this changing trend – especially as older Millennials assume decision-making roles – but employers in general are learning it just makes good sense to cater to their work force by creating a more attractive environment.

From malls to Millennials

The landscape of American living and working has transformed over the decades. Up until the mid-20th century, mixed-use was everywhere, as many shop owners and employees lived in homes behind their businesses or apartments above their shops.

With the rapid growth of the federal interstate system and growing popularity of single-use zoning regulations, however, commercial and residential were largely separated. Not surprisingly, this combination gave rise to the golden age of the indoor shopping mall. Oak Park Mall, for example, was conceived and thrived in this environment. From our original development of the property to bringing Nordstrom to Kansas City, we’re proud of the economic development the mall has created.

While Oak Park is still a strong economic engine for the state and the region, we also recognize the physical limitations of a mall and the need to adapt to new shopper demands. Younger generations, for example, are generally attracted to mixed-use because they seek residential options with additional pizazz—areas with life both during the work day as well as in the evenings and on the weekends. Mixed-use options are also more flexible for these younger workers who tend to change jobs more than their parents did.

It’s not just the Millennials, either. Empty nesters and other generations looking to downsize (and possibly travel more) appreciate the practicality and excitement of a mixed-use development.

Kansas City keeps up with the mixed-use trend

As of late, the mixed-use trend that started on the coasts – and is prevalent in aspirational cities such as Dallas and Denver – is now making its way to us. The Crossroads is a good example of an organically created mixed-use neighborhood, with new office and commercial options such as Corrigan Station and new residential offerings such as ARTerra that complement the authentic character of the neighborhoods and cater to these younger groups.

We’re also seeing mixed-use develop outside of the urban core. City Center Lenexa is all about “placemaking”—creating a place where people want to live and visit, with walkability, sustainability, accessibility and visibility. The area is truly creating a downtown one project and one block at a time, adding anchor corporate employers like Kiewit and services for the community like a civic center, a new library and a competition natatorium.

Because of changing consumer habits, the development will likely continue to feature less traditional retail and more food, service-oriented and experiential offerings, such as restaurants and entertainment options. Local boutiques are also an important part of the mix to give the project a character all its own and to truly differentiate itself.

When completed, the development will be less suburban and more SUB-urban—an important distinction. We’re finding that these newly created “places” are really becoming cities of their own, providing infrastructure and community services that offer a more “urban” experience for those residents and workers.

In the end, doesn’t it all come down to human interaction and some social element of our lives? Instead of spending so much time behind the wheel, we’re able to walk to stores, entertainment, services and work, enjoying the sense of community created by these mixed-use developments.

“Live, work, play” is overused, but the concept still holds true, and it’s becoming increasingly attractive to both urban and SUB-urban area residents and job-seekers.

As companies across the metro are learning, these workers are less impressed with the size of the corner office than they are with a place that caters to their life as a whole. And that’s really what’s most important. 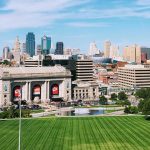 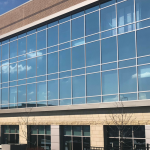 Yes, it pays to outsource real estate in health care